Can a New Bloodcurdling Burger Cause Nightmares?

Is the new Burger King product as creepy as it seems?

Boo! Halloween is so close you can feel it at the tip of your fingers! Burger King is one of many US companies eager to join the celebration and it’s ready to offer a brand-new Nightmare burger that not only looks scary but can make you feel scared, too. Is it the truth or just an exaggerated myth? Let’s find it out now! 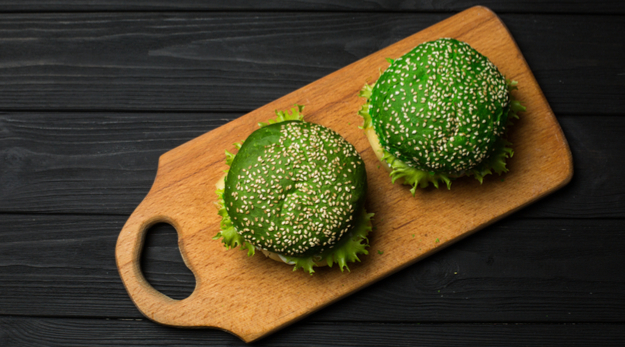 Starting from October 22, Burger King has been selling its new burger timed to Halloween. It looks Halloween-like indeed – green buns, breaded chicken cutlet, pieces of bacon and cheese, and grilled beef steak. However, as Burger King representatives state, it’s not the way it looks that should impress (and scare) you most but the way you’re going to feel after it.

How Does It Work?

According to the Nightmare King (the official name of the new burger) release, the foods in the burger are arranged in a special way which increases the chances of seeing a nightmare. To be substantive, Burger King reps organized a study and offered 100 people to participate. For 10 nights in a row, the participants were eating a Nightmare King before going to bed. While they were sleeping, their heart rate was measured and their brain activity was analyzed.

What Results Have Been Received? 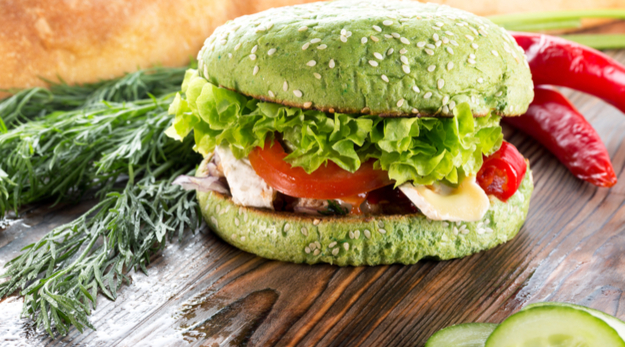 Dr. Jose Gabriel Medina was supervising the research and has come to the conclusion that those who eat the burger before going to bed see 3.5 times more nightmares than other people. While, on average, every night about 4% of all humans see nightmares, those who indulge in the scary burger dramatically increase their chances of waking up in the middle of the night in a cold sweat.

As Dr. Medina says, it’s a special combination of cheese and protein in the burger that leads to the break of the rapid eye movement sleep (the phase during which we see the biggest part of all our dreams), causing nightmares.

Stephanie Pappas from LiveScience, however, can’t agree with the results of Burger King Research and has decided to start her own one. According to her words, the restaurant chain study has never been published in any science magazine nor there any other proofs that fast-food can cause nightmares. On the contrary, some studies have proved that burgers and French fries make our dreams not so bright and help us see fewer nightmares.

Do you believe in the Burger King research or do you consider it a fake? Tell us via Customer Care form or on our Facebook page!

Like this article? Share it with your friends via social networks or send it by email
Send Can a New Bloodcurdling Burger Cause Nightmares? to your friend via email
Send
CLOSE IT
Review
Read all reviews ()
LATEST TASTY POSTS 2020
Nov 03  These foods are so much tastier and healthier when made at home it's astonishing
Oct 31  Get ready for your Halloween party in a easy way with these foolproof recipes!
Oct 29  Find the perfect dish of the month for every zodiac sign!
Oct 27  Is the new Burger King product as creepy as it seems?
Oct 24  It's simply impossible to ignore these cheesecake recipes! Classic or sour, with
Related recipes
Chicken Taco Burger
My husband and I are trying to add more variety to our diets, and cut
Tangy Hamburger Steak
An easy-to-make classic featuring tasty hamburger 'steaks' smothered i
Juiciest Hamburgers Ever
No more dry, lackluster burgers. These are juicy, and spices can be ea
Seasonal Turkey Burger
These burgers are great on the 'que' or indoors. Dress them up as you
Naturally Tender Tuna Burgers
These tasty tuna burgers are so delicious. My husband is a very fussy
Juicy Lucy Burgers
Your Fave Tex-Mex Burger
You might also like
Rate & Review
Thank you for visiting TastyCookery!
Pick your gift now!
You can choose any number of gifts, from 1 to 3.
Chicken collection
Quick & Easy chicken recipes for those who want their dinner to be special!
Pancakes collection
Simple recipes, yummy pics, and an incredible dessert for your sunny morning!
Tasty Tales Magazine
Our exclusive seasonal recipe collection for you to cook fantastic dishes every day!
By receiving (a) gift (s), you confirm that you’re now a part of TastyCookery culinary community and agree to get quick and easy daily recipes by email.
We use cookies to improve your experience on www.tastycookery.com and to show you relevant content and advertising.
To find out more, read updated Privacy Policy
Ok
Help us continue to create great content for you by turning off your adblocker for our site.
It's easy and we'll show you how
Turn off
No, thanks